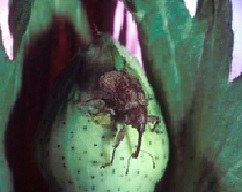 Have you ever met someone who is mysteriously, insanely attractive? Then you may be dealing with something known as ‘Pheromones.’

Of course, we are not going to discuss about human pheromones, rather, insect pheromones that deal with insects. This is very general article about pheromones. At ChemHub, we are making a few pheromones targeting some insects. Please visit our pheromone page at www.chemhub.com in the product category.

What are pheromones?
Pheromones are a single or small group of molecules that send messages between creatures of the same species, causing them to modify their behavior.

Pheromones are often simply one component of a broader collection of odorants released by an insect or mammal, and others have no noticeable fragrance. Nevertheless, odorants play a critical part in insect communication, and as we’ll see, they employ a wide range of chemical substances.

Animals secrete pheromones to trigger various behaviors, including raising the alarm, sexual arousal, warning another animal to back off, signaling a food trail thanks to their enhanced senses, and vomeronasal organ. The first pheromone, known as bombykol, is said to have been discovered in 1959. Bombykol is thought to be released by female moths to attract males.

Discovery of Pheromones
Pheromones were discovered by accident in the 18th century. Bonnet, a French ecologist, discovered the ant trail. He set up a table with an ant colony on one end and a little pile of sugar on the other.

He noticed that ants leaving the colony crossed the table to the sugar mound, picked it up, and carried it back to the colony. The ants followed a set path back and forth, with no deviations.

According to a study conducted by French biologist Pierre Bonnet, when he rubbed his finger over a line of ants, the ants came to a halt and searched the rubbed region. Then, they tapped their antennae on the ground while waving them in the air. Bonnet believed that the ants’ path was a trail of chemicals that they could detect and follow.

Alarm pheromones
Alarm pheromones are volatile chemicals produced by clonal or social insects in reaction to a disturbance. Monoterpenes, sesquiterpenes, and short-chain aliphatic hydrocarbons are some of the signals that can be detected. They are less specific than other types of pheromones and typically contain combinations of chemicals.

Trail pheromones are a multipurpose chemical secretion that guides individuals of the same species to a food source while also acting as a territorial mark in the form of an allomone to creatures from other species. Trail pheromones are usually mixed with secretions from many exocrine glands to achieve better specificity.

Modulator pheromones
Pheromones that modulate or synchronize biological activities are known as modulator pheromones. They’re most commonly detected in sweat. Scientists discovered that when put on the top lip of females, they became less nervous and calmer in animal trials. The monthly cycle of a woman may be affected by modulator hormones.

To sum up, Pheromones can boost or control mood, relax, reduce anxiety, and alleviate sadness.

They’re also proven to be incredibly effective in luring insects and control the population by mating disruption.

At ChemHub, we are not entomologists. We focus on chemistry and we only make a few intermediates and semio-chemicals for pheromone industries where entomologists formulate them in traps or spray to disrupt insect mating behavior to minimize or even eradicate particular insect species. The benefits are:

Some examples of insect pheromones:

1. Grand lure:
It is basically combination of four chemicals as described below-

2. Now lure:
It is mainly one single pheromone molecules

With this molecule, sometimes following two ingredients are also used in small quantities 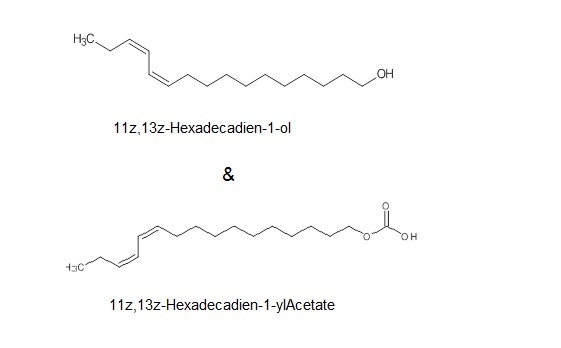 To learn about them, please visit our ChemHub website at www.chemhub.com.

Please email us or call us to discuss your requirements.